Several studies have been done on energy life cycle analysis of soybean biodiesel. These include:

All of these studies varied in their conclusions. The variations were due to different assumptions about energy inputs. This article addresses the varied energy inputs for extracting the oil from soybeans and converting the oil to biodiesel.

The production of biodiesel from soybeans occurs in two stages: the soybeans are first treated to remove the oil, and then the soybean oil is converted into biodiesel.

The separation of the soybean into oil and soybean meal, which is generally referred to as crushing, can be done by using mechanical extruders, but more commonly large commercial facilities remove the oil using chemical hexane extraction (Figure 1). A soybean-processing facility uses energy in the form of electricity to power motors and provide lighting. Natural gas and process steam are used to provide heat for drying. The model used in this analysis allows the plant to generate its own steam from natural gas with a boiler efficiency of 80 percent.

Soybeans entering the process are first cleaned and then heated and dried to obtain a 10-percent moisture content (Erickson, 1995). Then the beans are cracked into several pieces by passing them through mechanical rolls. The soybean hulls, which account for about 8 percent of the soybean, are removed by aspiration. The hulls may be blended with the soybean meal that is later extracted in the process, or they may be further treated by toasting and grinding and then sold as animal feed.

The dehulled beans or meats are conditioned by heating, cut into flakes, and fed to the oil extraction unit, where the oil from the beans is dissolved with hexane. The oil and hexane mixture is treated with steam to separate the hexane from the oil. Once the hexane is removed, it is recycled for additional processing. Hot air and cooling water are used in the final heating and drying of the oil. The crude soybean oil is degummed and may be deodorized, bleached, and neutralized. The oil-depleted, dried soybeans are ground to a uniform size to make soybean meal, and, in some cases, the hulls are blended with the soybean meal.

Fuel use (including electricity) was the major energy input for soybean oil extraction. The NREL model assumed the highest amount of fuel used. The soybean crushing data reported by NREL were from a single performance study conducted in 1981. There have been many improvements in oil extraction technology since then. For instance, currently acceptable levels of hexane loss are less than one-third of the level reported in the NREL study (Woerfel, 1995). Data used in Pimentel’s model originated from industry interviews from 1979. Data used in Ahmed’s model were from the year 1993, which was collected through personal communications.

Table 1: Energy use in oil extraction (Btu/gal of biodiesel) except for energy allocation).

Only Pimentel’s model included secondary energy inputs, such as cement, steel, space heat, losses, and other materials associated with equipment and construction, which alone added up to about one-third of the oil extraction energy input. Compared to this number, the ANL study (2006) reported energy input for production facility as 0.23 MJ/gal of biodiesel. Pimentel includes energy for secondary inputs to account for the energy required for building the infrastructure used specifically for crushing soybeans into oil and meal and converting the oil into biodiesel. Researchers who do not include secondary inputs in their analysis argue that the energy required for these inputs are very small in proportion to the total energy required and that adding this complex step to the analysis takes a considerable amount of additional work and is thus not justified (Deluchhi, 1993).

For the Pradhan et al. (2009) model, the energy requirements for soybean crushing and transesterification were estimated using a computer model utilizing chemical process engineering and cost engineering technology that were developed by USDA’s Agricultural Research Service (ARS). The model measures the electrical and thermal energy inputs required for a joint facility that combines a soybean processing plant with a biodiesel conversion plant producing 9.8 million gallons of biodiesel, 151,515 tons of soybean meal, 9,000 tons of soybean hulls, and 4,380 tons of crude glycerin. The model provides a blueprint of a biodiesel plant based on the best information available, but it does not represent an actual plant since industry data were not available. The energy value for steam is incorporated in the energy value of natural gas used to generate the required steam.

Conversion of Soybean Oil into Biodiesel

The conversion of soybean oil into biodiesel is done by reacting the oil with an alcohol, usually methanol, and a catalyst, such as sodium hydroxide, in large reactors. This process is called “transesterification.” After the soybean oil, methanol, and catalyst have reacted, the resulting mixture is centrifuged to remove excess methanol, glycerin, and other impurities. After the centrifuge step, the mixture is then washed with a water acid solution and dried to become a methyl ester, which is commercially known as biodiesel (Figure 1).

The stream of methanol, glycerin, and other impurities are then treated with a small amount of acids and bases to remove any remaining fatty acids. The remaining material is then distilled to recover the methanol and most of the water. The excess methanol and water are recovered and reused to avoid waste and reduce input costs. The crude glycerin is often sold to companies that refine the glycerin to be used in the production of various other products, including fiberglass resin, cosmetics, pharmaceuticals, liquid laundry detergents, soaps, deicers, and antifreeze.

Electrical energy is used to drive the pumps, centrifuges, and mixers, while thermal energy is needed in the distillation column to recover the excess methanol and remove the final rinse water from the biodiesel. Thermal energy is also used to heat the soybean oil to accelerate the conversion process. 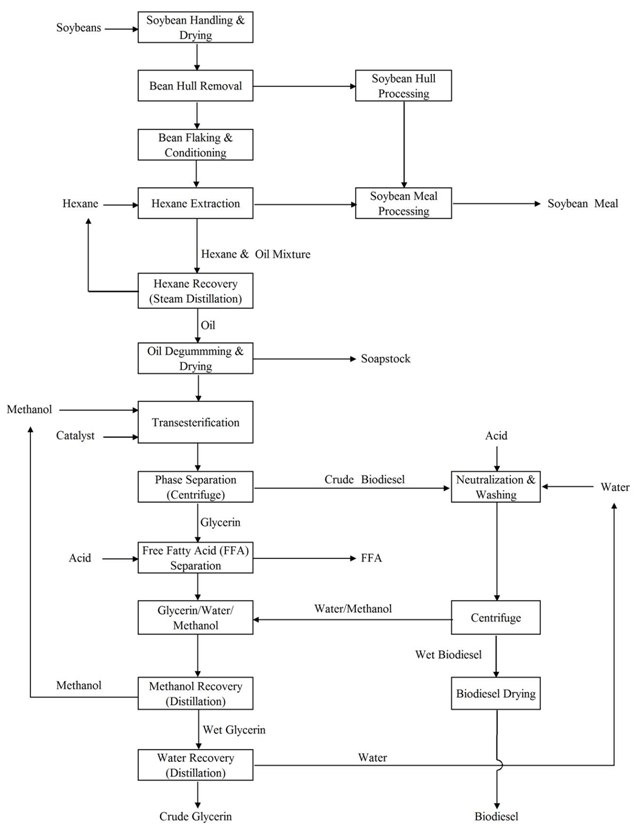 Table 2 shows that the recent update on energy required for transesterification is lower than that reported by previous reports. The decrease reflects the improvements in methanol recovery and more efficient plants.

Table 2: Energy use in transesterification (Btu/gal of biodiesel except for energy allocation).

Ahmed, I., Decker, J., and Morris, D. (1994) How much energy does it take to make a gallon of soydiesel? National Soydiesel Development Board, Jefferson City, MO.