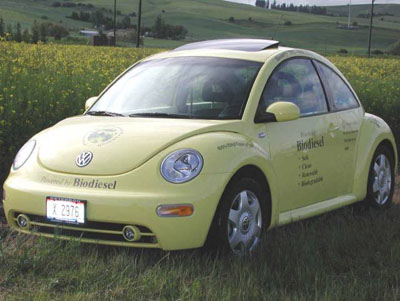 These terms have no real meaning—they are mainly marketing-speak, as Gerhard Knothe pointed out (Knothe, 2010). Biofuels producers using more unusual feedstocks may claim to be a higher “generation” than biofuels from more common feedstocks such as soy oil or waste grease. In fact, in a blog post, we explain how the use of the “generational” terms can be misleading.

In reality, the “generational” terms are not used in any official context, such as the Environmental Protection Agency’s Renewable Fuels Standard 2 (RFS2). Virtually all biofuels producers in the United States must comply with the RFS2.

Under RFS2, biodiesel qualifies as a renewable fuel, as biomass-based diesel, and as an advanced biofuel. Here are the EPA definitions, straight from the Federal Register:

If biodiesel does not meet one of the above definitions, it cannot be sold as a biofuel under the RFS2 program, no matter what “generation” it is claimed to be.