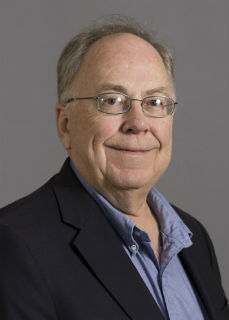 Dr. Zane Helsel, eXtension specialist in agriculture energy at Rutgers University, has fused agronomy and agricultural engineering during a career that has spanned nearly 40 years. Dr. Helsel is also a Courtesy Professor of Agronomy at the University of Florida, where he’s been involved in the biomass energy program since 2008.

Dr. Helsel has been an eXtension educator, teacher, and researcher. His most recent focus has been on the potential for biomass energy feedstock production in New Jersey. He has researched many bioenergy feedstock crops, including switchgrass, sweet sorghum, tropical corn, and, in Florida, tall-growing perennial grass crops. Dr. Helsel has done extensive work on soybeans as well.

Dr. Helsel has been involved in regional and national energy groups, including the Northeast Sun Grant program, and is a contributor to eXtension’s Community of Practice on farm energy.

During his doctoral studies in the 1970s, the United States became embroiled in several energy crises. Dr. Helsel was given an assistantship to work on the energy potential of biomass energy crops. He went to Michigan State University as an assistant professor and eXtension specialist working on forages, soybeans, and energy in the Crop and Soil Sciences Department. Then he moved to the University of Missouri as an eXtension soybean specialist in the Department of Agronomy. In 1990, he went to Rutgers University as chair of and professor in the Department of Agricultural and Resources Management. At Rutgers, he was also named Dean of Outreach and later Director of National Regional Partnerships of the New Jersey Agricultural Experiment Station.

During those years of teaching and administration, Dr. Helsel kept in touch with his colleagues in the agricultural energy field. During the most recent energy crisis, his knowledge and expertise in that area have been once again in demand. In 2007, he became eXtension specialist in agriculture energy at Rutgers. In 2008, the University of Florida asked him to help start a biomass energy program at the Everglades Research and Education Center at Belle Glade, FL, as a visiting professor. He is now a courtesy professor there.

Dr. Helsel’s education and experience in agricultural engineering and agronomy have served him well. “It has allowed me to bridge the gap between practical and academic knowledge, and between engineering, which is a big part of renewable energy, and agronomy.”

In 2002 he was given the Distinguished Service to Agriculture Award by the New Jersey Farm Bureau. In 2009 he was named Specialist of the Year by Rutgers Cooperative Extension. He was awarded the 2011 Editor’s Citation for Excellence as a Reviewer by Agronomy Journal.

When he retires, Dr. Helsel will have more time to expand his favorite interest: developing and growing Indian, or fall decorative, corn.