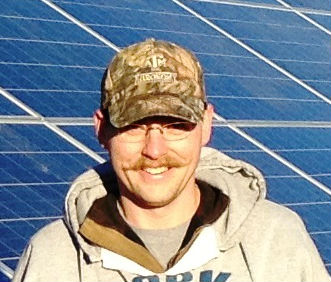 F. John Hay is an Extension Educator in the Biological Systems Engineering Department at the University of Nebraska-Lincoln who is focused on energy and biofuels. Throughout his more than 10 years in Extension, his work has been tuned to the educational needs of Nebraskans.

John’s most recent interest has been fuel literacy, an issue that will become increasingly important as more diverse fuel blends become available. He enjoys talking with farmers and non-farmers about the fuel they use, what’s in it, and how that affects drivability, efficiency, and the environment. He likes helping consumers make informed choices about such things as ethanol as a fuel additive.

Since 2007 when he got started in energy work, John has also worked on issues such as corn-based ethanol, distiller grain storage and utilization, land-lease contracts for wind farms, safety marking for MET (meterological evaluation, or wind-measuring) towers, cellulosic ethanol, economics and feasibility of wind turbines and solar PV, and youth energy literacy.

Out in the field, John has installed two (6kW) wind turbines and a small solar array as demonstration projects in northeast Nebraska.

He says his greatest educational achievements have come from partnerships with private industry groups and public federal organizations. One such cooperative project, with the Nebraska Aviation Trades Association, led to a video showing the risks from unmarked MET towers, which are used to test the feasibility of areas for wind turbines. Because they’re difficult to see, they pose a danger to low-flying aircraft. The video has been widely cited in the United States and Canada as evidence of the need for stricter safety markings for MET towers. The association awarded him the Service to the Industry Award in 2014.

John created the Wired for Wind Curriculum for the National 4-H Council’s National Youth Science Day in 2011. He has since created a curriculum for high school students called Wired for Wind – Wind Physics. Creation and piloting new energy-related curricula remains on an ongoing interest for him.

John was an Extension Educator in Nebraska’s Pierce, Madison, and Wayne Counties, concentrating on agronomy, when a visionary Extension dean saw the need for an energy educator in 2007. It was an excellent transition for John. His agronomy background has informed his teaching in bioenergy crops at the University of Nebraska-Lincoln, where he teaches an undergraduate class called Introduction to Energy Systems. The class addresses the energy magnitudes, flows, efficiencies, and the positive and negative attributes of energy systems such as fossil fuels, nuclear, renewables, and transportation.

In his spare time, John follows his interests in recurve and compound archery, bowhunting, competitive shooting, and canoeing.