The profitable production of switchgrass for biofuel  today depends  primarily on the price of oil, as well as the Renewable Fuel Standard (RFS).

In the Renewable Fuel Standard (RFS2) legislation passed in 2007, Congress escalated mandates for the amounts of biofuels to be used in transportation fuel sold in the U.S. Since then, corn ethanol has increased to almost the maximum limit specified by the RFS2, but the cellulosic ethanol mandate is far behind schedule. This is despite the fact that advanced biofuels such as cellulosic ethanol (derived from crop residues, grasses, and trees) are mandated to exceed the amount of corn ethanol produced. This tardiness is due to the fact that massive research and development efforts have so far failed to create tested, industrial-scale technology for the difficult process of turning cellulosic materials into biofuels.

Switchgrass is one of the grass crops promoted as a cellulosic biofuel feedstock. In this article, we summarize the economics of producing switchgrass for biomass. Note that it is not yet clear exactly how much of the mandated cellulosic biofuel use the government will eventually require. 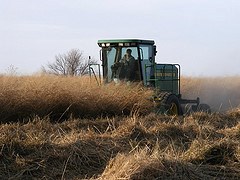 The cost of producing switchgrass with current technology varies, but a reasonable average is about $65 per ton in the Upper Midwest. This is based on research in that region during the past five to ten years. This estimate is based on:

We do not yet know what refineries will pay for switchgrass as cellulosic feedstock. At a minimum, they will have to pay at least its value as livestock feed, which is expected to be about $95 per ton of DM (equivalent to $83 per ton of 15%-moisture hay). If the RFS2 mandate is fully enforced, refiners might pay $150 per ton or more if corn stover (a cheaper cellulosic feedstock) is not available. Switchgrass as a cellulosic fuel feedstock will also face competition from other cellulosic sources, such as wood processing waste. These alternative feedstocks will limit the amount that processors are willing to pay for switchgrass.

Cash spot markets for biomass will be limited. All switchgrass grown for biomass is likely to be grown under contract with biorefineries because these plants will require a steady supply of large amounts of feedstock.

The Role of Competing Fuel Products

The economics of switchgrass for bioenergy are influenced not only by feedstock prices and production costs, but also by competing uses and products. Cellulosic fuels in general will not be competitive with corn ethanol due to higher production and refining costs. And without mandates, cellulosic ethanol is unlikely to be competitive with gasoline unless petroleum prices are consistently above $110 per barrel.

There are several pathways for converting cellulosic feedstocks such as switchgrass into bioenergy products, including hydrolysis and fermentation, pyrolysis, and gasification. Given budgeted costs for a pyrolytic biorefinery that produces half gasoline/half diesel, the price of oil must reach the vicinity of $110 per barrel in order to allow a switchgrass-based refinery to pay farm gate prices at or above current production costs. Therefore, the success of cellulosic ethanol is likely to depend on mandates or subsidies.

Will switchgrass converted into cellulosic ethanol be price-competitive with corn ethanol? It’s hard to imagine so in the current climate because even though the production costs of the two feedstocks are similar—about $1 per gallon of ethanol produced—the cost of operating cellulosic plants will be twice that of corn ethanol plants, and the construction costs for cellulosic plants to process switchgrass will be five or six times the cost of constructing corn ethanol plants in the past.

Use of Marginal Land for Switchgrass

It is widely assumed that switchgrass for biofuel would most likely be produced on land that is marginal for row-crop production. But do the economics justify that?

Switchgrass is a source of low-quality fodder for animals, and with hay prices expected to be in the $80-per-ton range (at 15% moisture), switchgrass might be more valuable as livestock feed than as a cellulosic feedstock.

There are other potential markets for switchgrass as an energy crop: 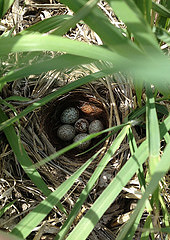 Growing switchgrass for biofuel can provide ecosystem services benefits that do not have a direct cash value—at least in today’s marketplace. These benefits include reduced soil erosion and fertilizer runoff, increased soil organic carbon that retains moisture and maintains fertility, and wildlife habitat. Still, some studies have attempted to put a dollar figure on these values. Some examples are:

Although producers don’t directly benefit monetarily from these non-cash values today, that might change in the future.